Thanks to its cultural, social and demographic diversity and to being characterized as one of the regions with the most fertile soils in the world, Latin America is one of the regions preferred by entrepreneurs in terms of investment and development of new businesses due to its plurality of wealth, having 3 types of economic systems: open (free market), mixed (state intervention) and closed (consumption of internal production), thus representing a huge opportunity for growth and expansion of emerging industries.

According to the World Bank, in its most recent report (Gross domestic product 2018, PPP) Latin America is the third largest and most powerful economy worldwide with 9.023 billion dollars, which is based, mostly, on a secondary and/or tertiary economy; highlighting that in recent years there have been decisive advances at political, economic and social level, generating accelerated development in practically all of its countries.

Likewise, another report ‘Doing Business 2018’ highlights that in this region there was an increase in the creation of new businesses thanks to different reforms adopted, which allowed a transition in the last 15 years regarding the number of days necessary for the creation of a company going from 78 to 38 days; thus giving way to the generation of new economic opportunities in the strongest industries in the region such as mining, oil, manufacturing and agricultural.

Therefore, it is evident that Latin America is home to one of the strongest groups of economies in the world, and is classified by financial experts as a true growth engine. Hence, considering this region to create new businesses represents a golden opportunity for entrepreneurs and businesspeople. However, if you still have an occasional question and want to learn more about this region, in this article we will present 4 key points that will give you enough reasons to consider your expansion in Latin America.

The financial optimism that has gradually increased in Latin America in the last two years, is mostly due to the fact that it has on one hand, variable and powerful economies such as Mexico and, on the other hand, emerging and constantly developing economies such as Chile and Colombia.

The IMF (International Monetary Fund) defined in its last report of Latin American economic projection, 4 winners in terms of the increase of its growth: Bolivia, Chile, Colombia and Peru, highlighting a positive growth in Chile with 3.4% and in Colombia of 3.6%, quite an encouraging figure, after a slowdown since 2013.

However, other entities do not leave the countries of greatest representation and extension aside, according to the latest macroeconomic report of the Inter-American Development Bank (IADB), which highlights that regional GDP would increase 1.5% above the reference parameters, thanks to the Argentinian, Brazilian, Colombian and Mexican economies.

Human quality, lifestyle, effectiveness and connectivity were some parameters defined by the Fdi magazine of the Financial Times to evaluate the most attractive countries and with better strategies for foreign investment, highlighting that Latin America is the “Region of the future” thanks to its digital promotion strategies and cooperation with local entities.

Courtney Fingar, editor of the magazine fDi, pointed out that the department of Atlántico in Colombia, has the eighth highest foreign direct investment projects of all the great places in the ranking, as well as good connectivity with others countries, as it has an international airport and a large flow of tourism in the city of Cartagena.

Accessibility of doing business in Latin America has stood out for being gradual in recent years, since in the last year, 18 of the 32 economies of this region implemented at least one regulatory reform that facilitated business activity, which is also evidenced in “Doing Business” when it indicates that the vast majority of reforms related to business activity correspond to access to credit and the opening of businesses.

One of the predominant access benefits to do business in Latin America, according to the World Bank, is the mandatory and annual training of both public officials and users of business registers. Currently, Antigua and Barbuda (59.42%), Argentina (57.93%) and Bahamas (58.13%) are the countries that lead the accessibility ranking of new businesses in the region.

On a global level, Latin America has always stood out for enjoying heterogeneous and productive economic sectors such as agriculture and industry, where products such as coffee and flowers stand out in the case of Colombia, and iron ore and sugar cane in Brazil, representing a broad market for exports and imports.

For example, according to the Economic Commission for Latin America and the Caribbean (ECLAC) in the growth projections of the economic activity of the region for 2019, it identified that South American economies, specialized in the production of primary goods, especially oil, minerals and food, would grow at a positive rate (0.7%) this year.

To these economic sectors, the “Orange Economy” model referring to the creative and technological ecosystem is added, as according to the IDB and its study ‘Public Policies for Creativity and Innovation: Promoting the Orange Economy in Latin America and the Caribbean’, show that this industry’s contribution to GDP is approximately 2.2% in the region.

In conclusion, Latin America is currently one of the most attractive regions to do business, not only because of the interest it arouses in foreign investment but also because of all the benefits it represents to entrepreneurs, who are increasingly interested in the combination of new technologies with consolidated economic sectors. Investing in this region is a very favorable decision for any entrepreneur today.

For this reason, if you want to create new businesses in Latin America, showcase your services and products to other companies and build long-term relationships, at Axioma B2B Marketing we advise you in your expansion process through effective B2B marketing strategies. Contact Us!

Why are B2B media effective to expand your business in Latin America? 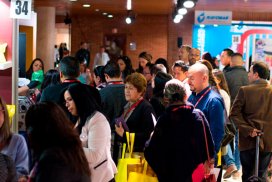 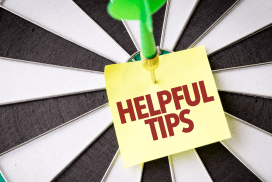 Tips to expand to the Latin American market 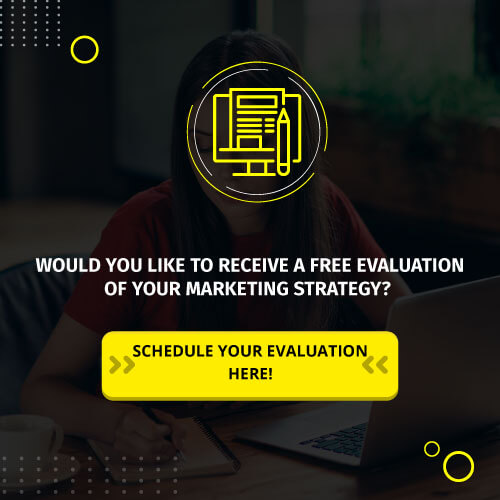